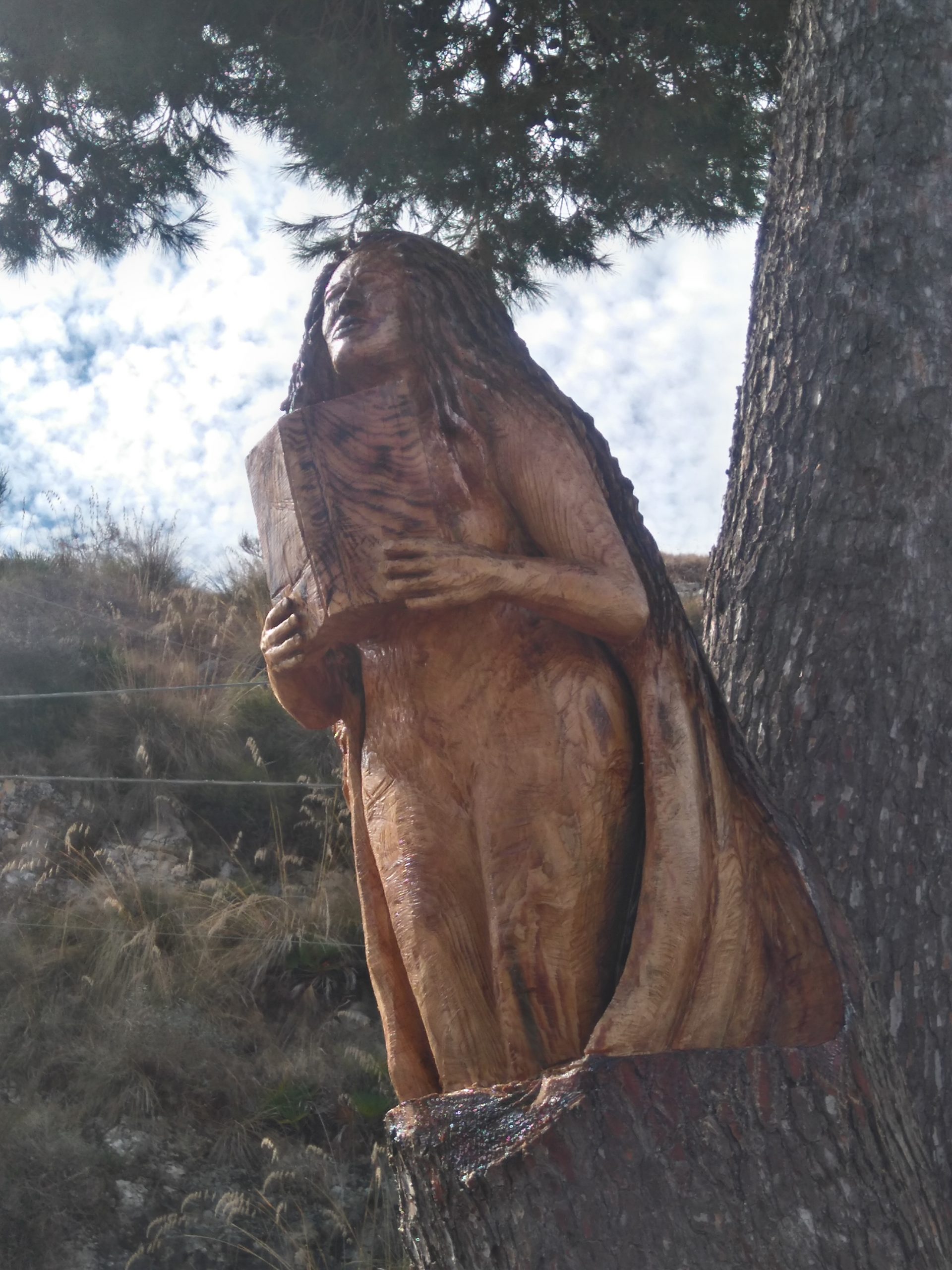 The owl, the cat and the Sicilian siren

We went looking online for a carved owl to perch on a wall and found Shaun! Not only did we buy two owls—one for ourselves and one for our elder daughter’s garden—but we commissioned him to come to Sicily to transform a truncated Mediterranean pine into a figurehead as if on a ship. This far-fetched idea became a reality, notwithstanding the difficulty of transporting numerous chainsaws on Ryanair!

We gave Shaun a basic idea of what we wanted and left him to work his magic, rejoining him each evening to admire the progress and discuss developing details.  Shaun is a great guy, very personable and accommodating and wholly sincere.  We urged him to go out to explore Sicily but he insisted on completing the project before taking a day to tour. Even when we thought the siren was finished, he continued perfecting her, deepening the grooves in the luxurious cascade of hair, so lush, so sensuous, it is hard to believe it is a tree.  The magnificent statue that graces our house is as unique as she is powerful. We are grateful to Shaun for transforming an eyesore of a damaged tree into a beautiful statue who greets us and our guests like a harbinger of all good things.

Having found Shaun, we were reluctant to let him go so we ordered another carving for our younger daughter, a cat this time, which he carved from a photo. It is very difficult to catch a similarity without having met the pet but Shaun captured the essence of our beloved Figaro who now sits on our daughter’s window sill as he did for nineteen years, curled in the afternoon sun. Thank you, Shaun, we can almost hear him purring…. 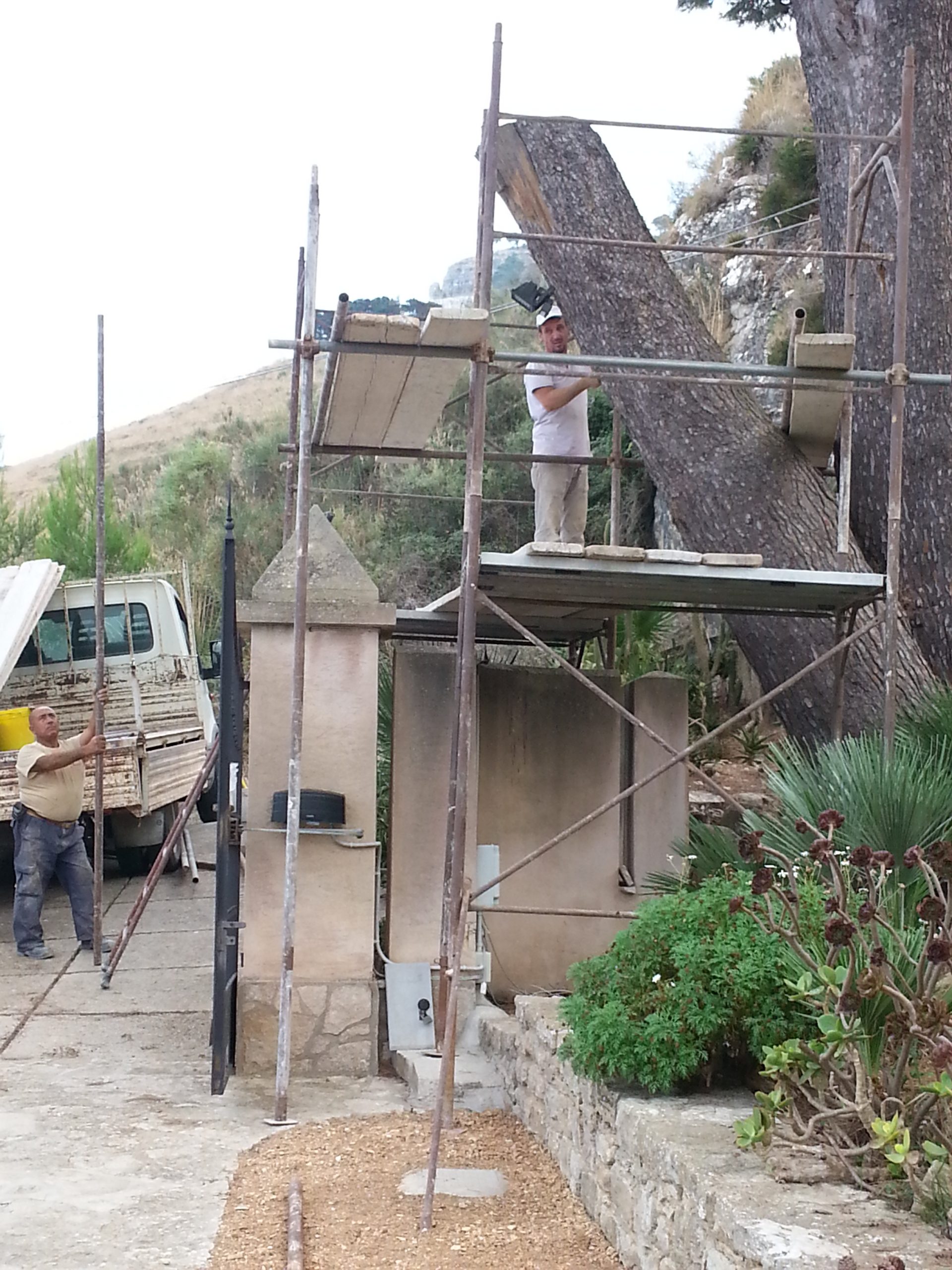 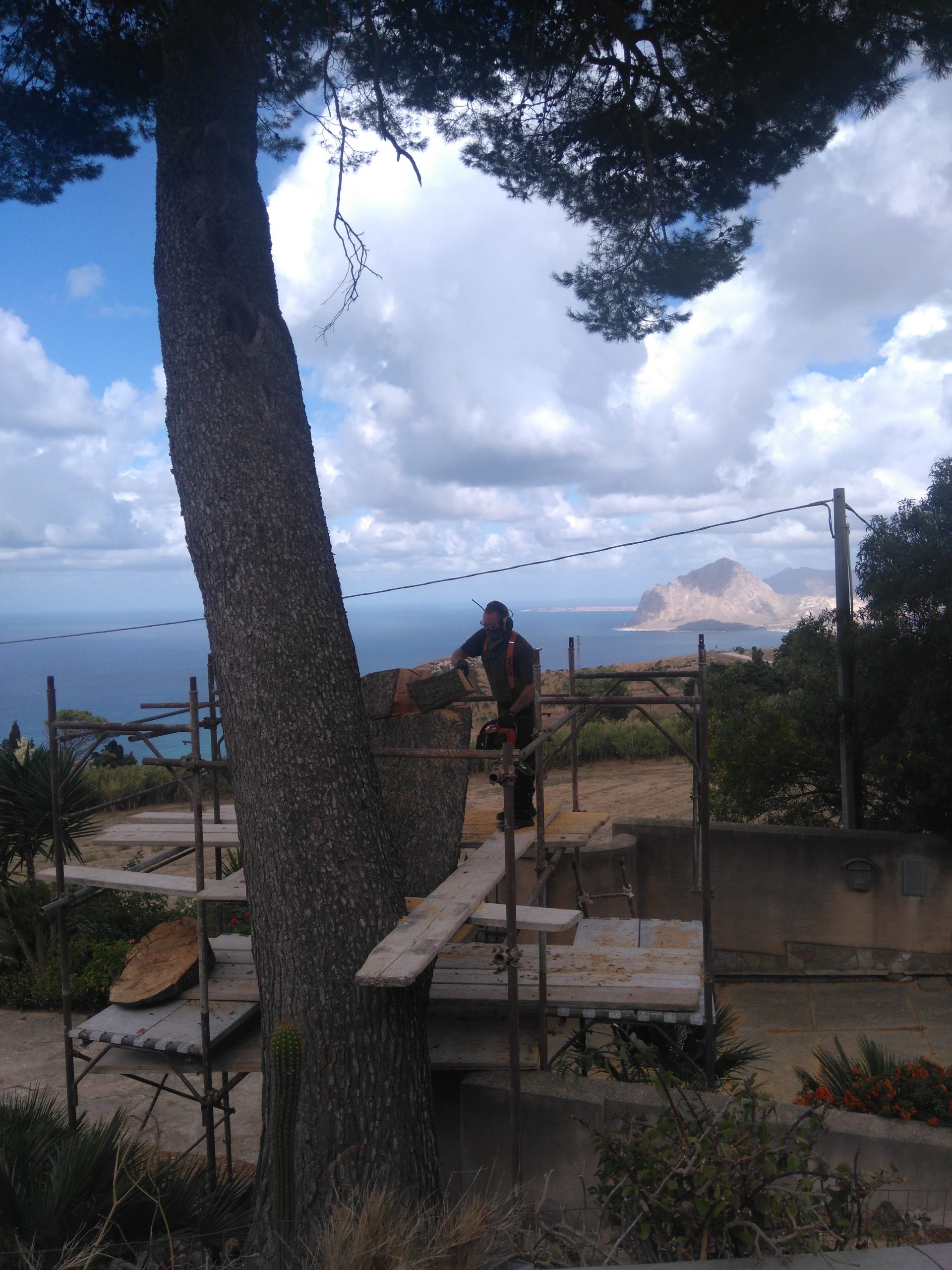 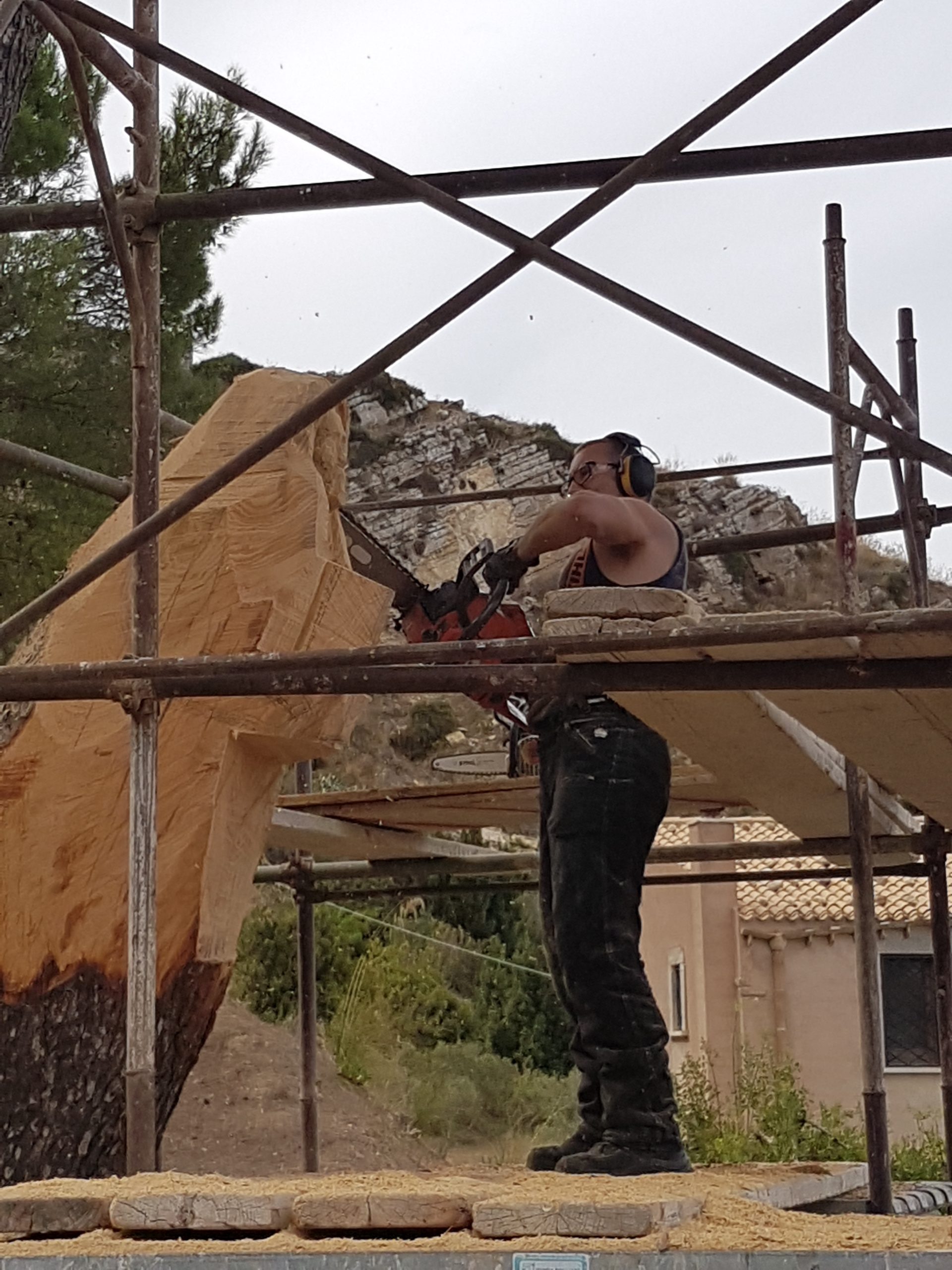 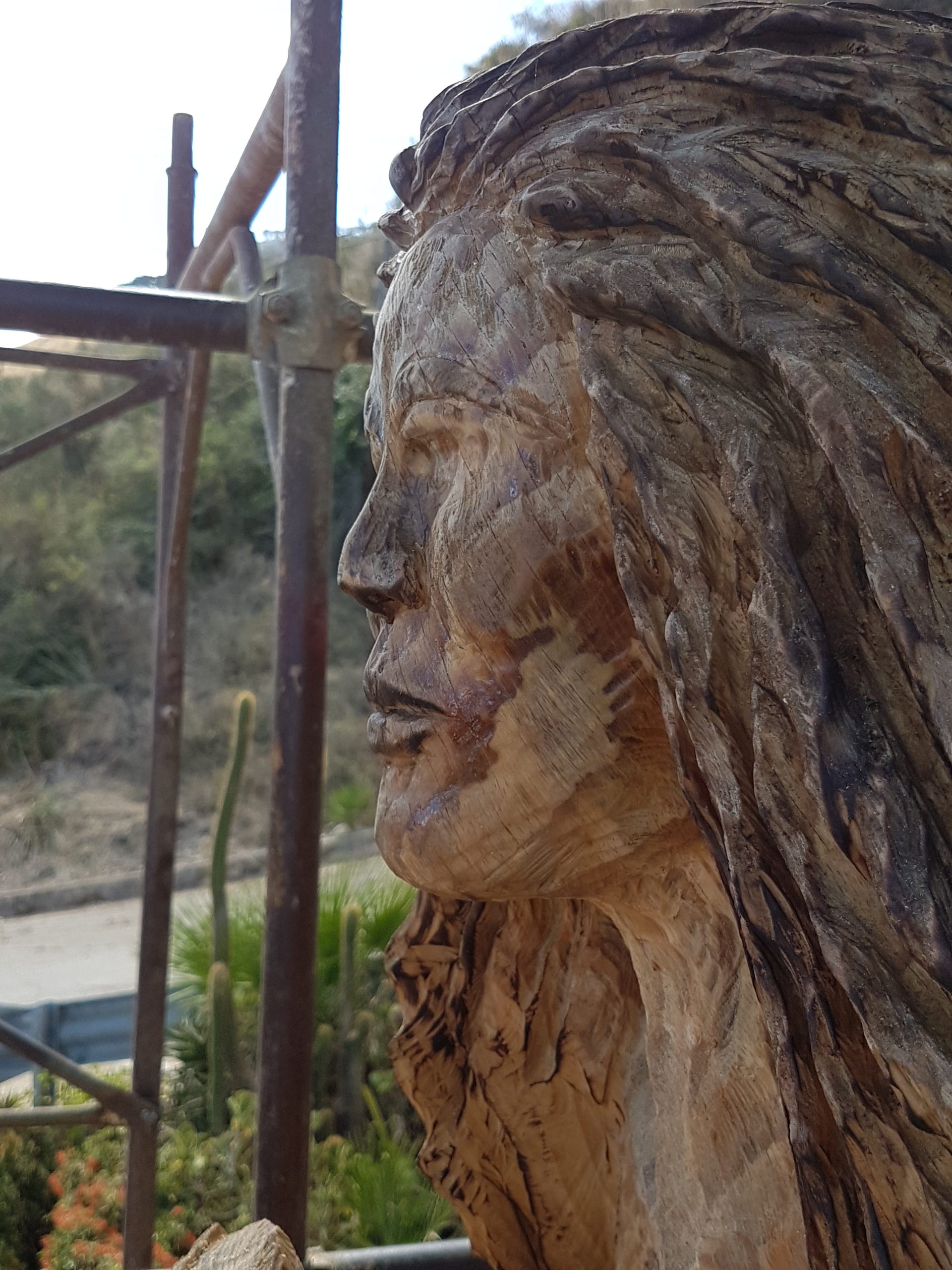 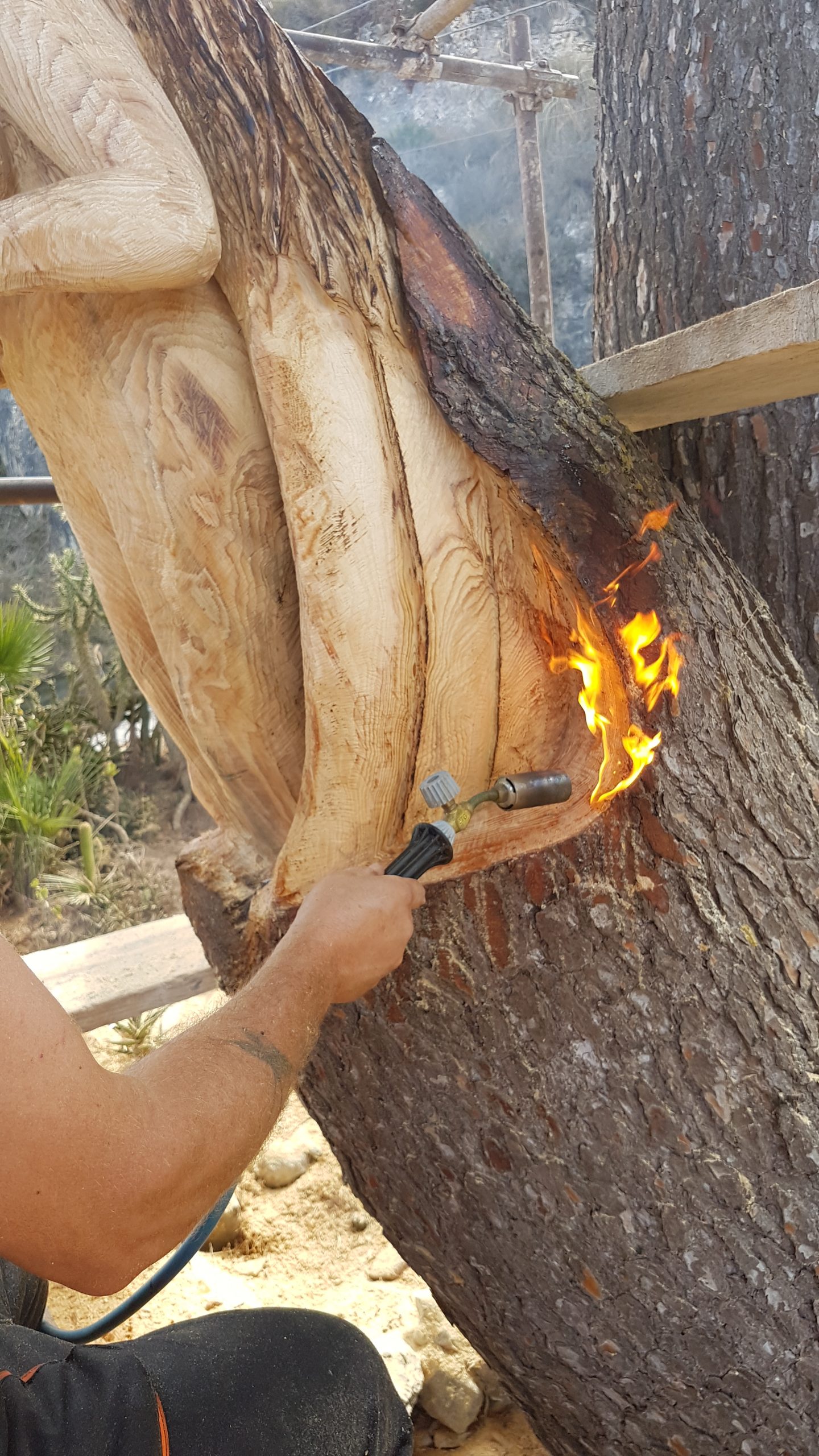 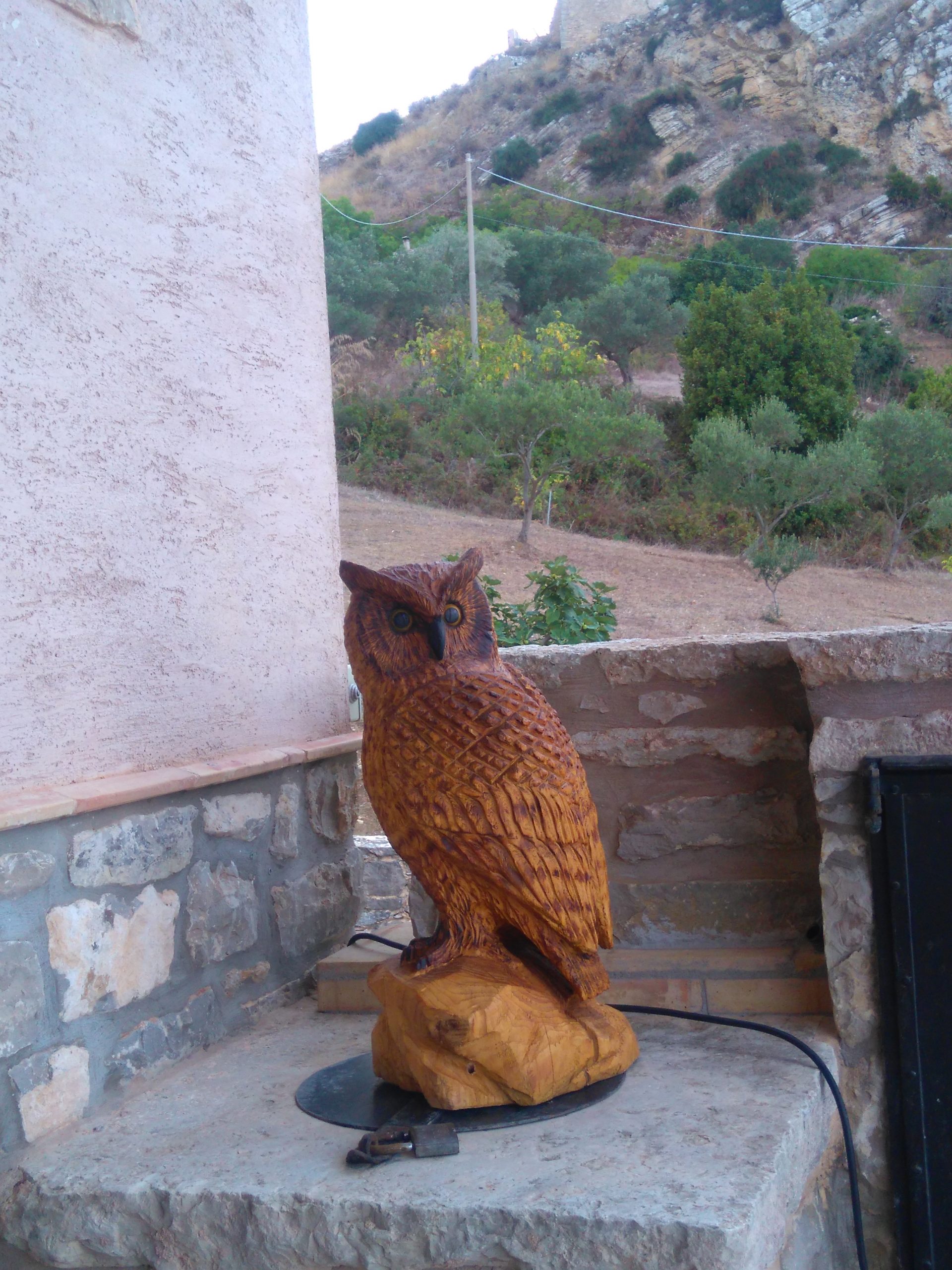